[NOTE: Since I seem to be best at writing multi-part posts, this will be a three-part post handicapping the starting 2015-16 Carolina Hurricanes opening night roster. We’re starting off with the goaltenders, because it’s shortest. I’m not considering anyone who isn’t in training camp, so you won’t see Alex Nedeljkovic in this list, as he’ll be back in junior this season.

Ed. Note: This was written before recent roster cuts. So, you know, take that into account.]

A wise man once said that without goaltending, hockey would be a much higher scoring sport. It’d also have a lot less scapegoats.

No position quite plays with the fanbase’s emotions quite like a goaltender. Take the Canes whirlwind romance with Anton Khudobin. Signed out of Boston after backing up Tuukka Rask in Boston to a minimal one year, $800k deal, Dobby won 11 of his first 14 starts and looked like a #1 goalie, while Cam Ward had the worst season of his career. Then they interview the guy, find out he plays with LEGOs, and he becomes the darling of the entire fanbase because he’s just so damned adorable. A two-year, $4.5 million contract extension is totally logical, because he should probably be making more than that because he’s so good and so cool and the Dobby era is just beginning in Raleigh! 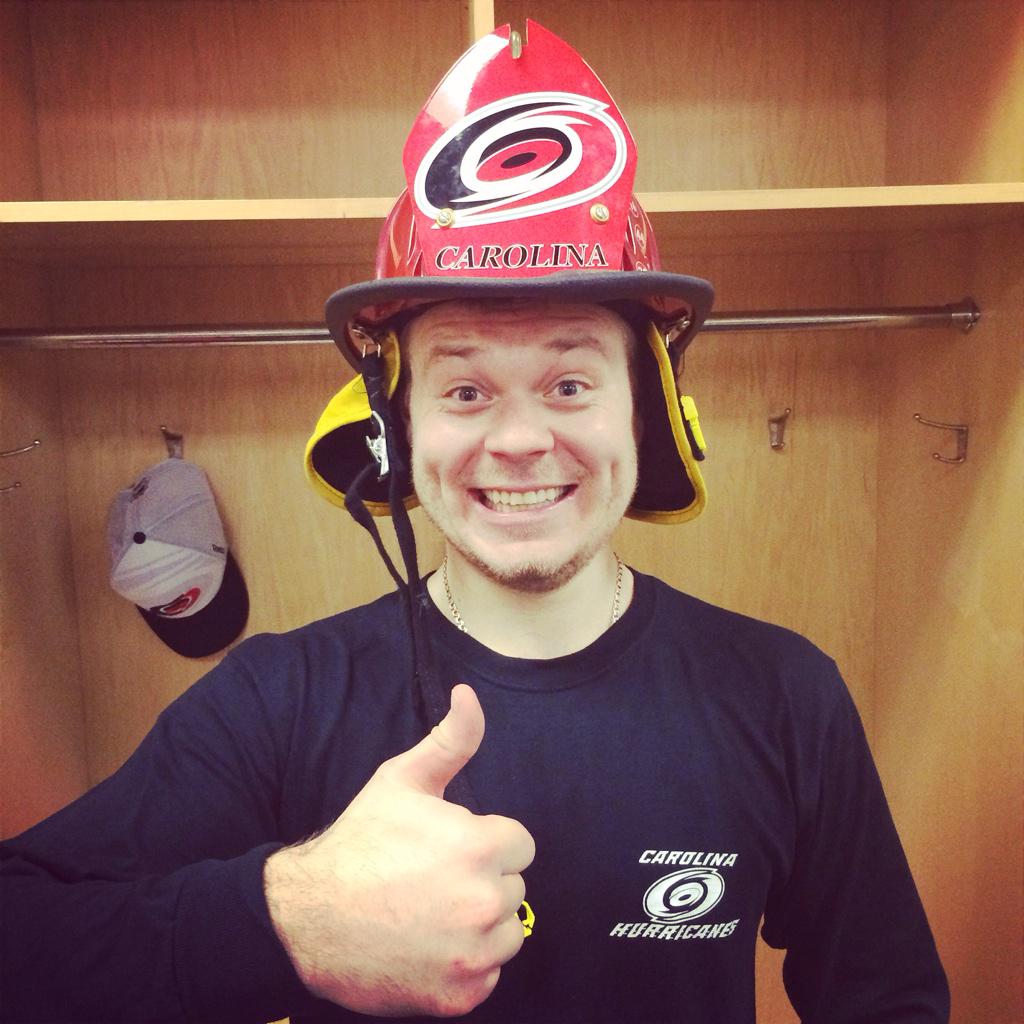 How could you NOT love this guy?

Except that it wasn’t.

New head coach Bill Peters all but gave the starting job to Ward in preseason, and we’d see why as the season played on. While Ward’s 2014-15 season was better than 2013-14, Khudobin went from “pumpkin-headed” to just plain pumpkin with a 8-17-6 record, .900 SV%, and a quality start percentage of 50%, which tied him for 36th out of 47 goalies that started at least 20 games. Just like that, lovable “Dobby” becomes “Anton Khudobin” again, and when he’s shipped out on the second day of the 2015 NHL Draft to Anaheim for James Wisniewski, the fanbase can only shrug and move on to the newest “backup on the verge of breaking out”, Eddie Lack, whose own quirkiness and eccentricities caused his former team’s fanbase to embrace him as the Canes did Khudobin, only to see him dealt as well.

Let’s look at the tier breakdowns:

It’d be a copout to call them “1A and 1B”, so I’m giving Cam the slight edge right now, just because Coach Peters is more familiar with his work, and I think Lack would have to be obviously better than Ward in preseason in order to take the job. That said, I’d expect both to get a decent amount of starts in the first month or two, unless one breaks away and becomes the obvious #1. Both players are in the last year of their contracts, and both will be unrestricted free agents at the end of the season. While the Canes goaltending prospect core is much stronger than it has been in recent years, there doesn’t appear to be a young player ready to take the reigns yet, so one of these two will be playing for an extension. With that the case, both will need to see extended ice time this season to make that determination.

To give you an idea of how long Drew Macintyre has been around, understand that he was drafted in 2001, the year before Cam Ward was drafted, and Cam Ward has been here for 264 years. Unfortunately for Macintyre, he’s played in a grand total of 6 NHL games since then, only starting one of them (the next to last game of the 2013-14 season for Toronto). He has, however, been a mainstay at the AHL level, where he will likely begin his 12th season. Re-signed this offseason by the Hurricanes to a two-way deal, Macintyre has almost no chance of unseating Ward or Lack for one of the two spots in Raleigh, but will serve as an experienced veteran backup in the organization where he’ll split starts with one of the young goalies in Charlotte and be prepared for the callup in case one of the two Canes goaltenders gets injured. As a veteran, he will need to clear waivers to go to Charlotte, but it’s unlikely he’ll get claimed.

Right now, the battle here is to see which goaltender starts the season in Charlotte, and which one ends up in the ECHL with the Florida Everblades. Tirronen, who was signed as an undrafted free agent out of Merrimack College, played a game for the Checkers last season after signing, then traveled with other Canes prospects to Traverse City, starting two games in the prospect tournament there. Altshuller, three years younger than Tirronen, spent his first professional season last year as a backup in the ECHL. The shine has worn off of Altshuller, a 2012 3rd round draft pick, and the recent picks of Alex Nedeljkovic (2nd round, 2014) and Callum Booth (4th round, 2015) seems to imply that the team is ready to move on unless he can step up.

[…] series. I go into a little bit more detail by position in parts 1-3, which can be found here: Goalies, Defensemen, and […]

[…] series. I go into a little bit more detail by position in parts 1-3, which can be found here: Goalies, Defensemen, and […]