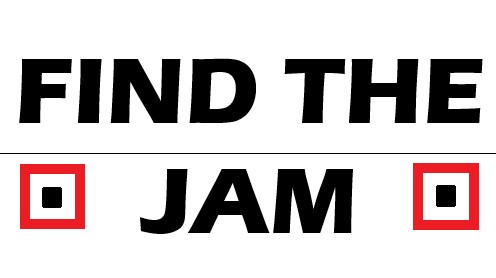 Welcome to the first edition of Find the Jam, a semi-regularly occurring stats and editorial round-up on the 17-18 Canes season. Will the big boy Canes find their Jam™ in this season of lofty hopes? Only time, charts, and memes will tell.

As of Friday morning, the Canes have finally played five games: a number a handful of teams had already reached by October 11th. Welp, while this Canes team had the benefit of playing two home games before departing on a shorter-than-usual NC State Fair trip, the long layoffs and lack of games early on prevented the team from getting into a consistent flow of hockey and, as a result, stunted their ability to gel offensively.

Luckily the Albertan swing marked the start of a more consistent schedule and the Edmonton defense and backup goaltending helped the Canes find the back of the net. Last night saw a return to the tight defensive style we’ll likely see a lot of this season and the team managed to find enough offense to give the team its first Albertan sweep (ed. note: don’t look up “Albertan Sweep” on urban dictionary) in nearly 20 years. Looking ahead, five games in the next nine days will get this young hockey team the reps it so desperately needs.

Five games played isn’t enough for any concrete conjecture or absolutes about a team picked by most to be on the rise, but it is enough to look at who has had a good start and who hasn’t. It’s also time for Fun with Small Samples! Ridiculous numbers that won’t be sustained but are fun* to look at it. Look for a future article around the 20 games played mark that will have more definite things to say about the rest of the season.

Note: all statistics within are from corsica.hockey [patreon]. Everything is #SmallSampleAlert and *fun is not guaranteed.

Who Found The Jam™?

Jaccob Slavin/Brett Pesce – Is anyone surprised by this? In the 63 minutes they’ve played together at 5 on 5, by far the most by any pairing, the Canes have not given up a single goal. Slavin, in his team leading 96 minutes of 5 on 5 time, has only been on the ice for one goal against. He is uncanny.

Jeff Skinner – The Hurricanes have scored 13 goals in five games and Jeff has three of them (23%).

Scott Darling – After a volatile opening night, Scott has settled down into a quiet yet hulking presence in our crease. He’s allowed just five goals in his last three starts. Hopefully the guys in front of him start providing more goal support, but they have definitely tightened up on the defensive side. The Canes gave up 11 high danger shots on Darling in game one, but since then have only given up 15 in his next three games combined. Darling, who gave up four high danger goals in game one, has only given up three since.

Cam Ward – Wow, both goalies? This is a weird sensation for October Canes hockey. Cam was a major reason the Hurricanes walked out of Edmonton with two points. He only had one Cam-of-old goal against and held the Canes in against the Oilers’ onslaught. Can he do this consistently?

Janne Kuokkanen – Here’s some fun with small samples. When Janne has been on the ice at 5 on 5, the Canes have gotten a 68% share of shot attempts and a 70.8% share of expected goals. 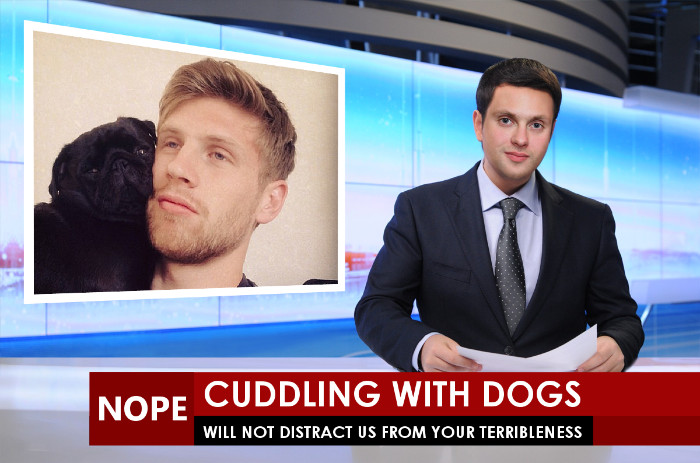 Klas Dahlbeck – In the two games where the Hurricanes couldn’t generate any 5 on 5 offense Klas was on the ice for two goals against and looked like the Klas of old.  The Canes third pairing is being sheltered from a lot of defensive responsibility in the early going. That makes sense, there’s a rookie, and, because of TVR’s opening night concussion, a lot of hot garbage on the ice. Eighty percent of Dahlbeck’s 5 on 5 zone starts began outside of the defensive zone, yet when he’s on the ice the opponent gets 67% of the expected goal scoring. Thank goodness Van Riemsdyk came back so soon.

Jordan Staal – Jordan had a four point night in Edmonton, so it’s hard to put him here, but his early season numbers are so un-Jordan like it can’t be helped. A 5 on 5 Corsi for of 45% and expected goals for of 37.8% are well below his Canes career 55% CF and 54% expected goals for. Again, it’s early and nothing to worry about for now.

Sebastian Aho – Sebastian started the season off with a bang with an excellent opening night game and two gorgeous assists, but hasn’t tallied a point since. Some of that is bad luck and it took him a while to get going last season so no need to panic #ForNow, but the Canes desperately need his offense.

All Situations Save Percentages

No hot takes allowed until the middle of November. 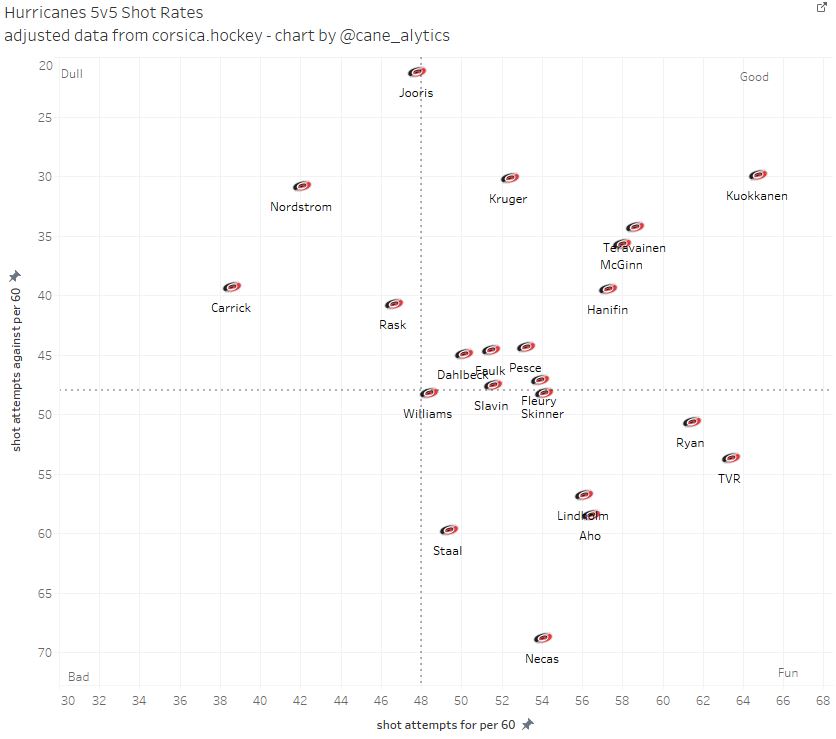 Staal, Lindholm, and Aho are in an unexpected spot here, but I’d expect them to rocket up to the Good quadrant in the coming weeks. 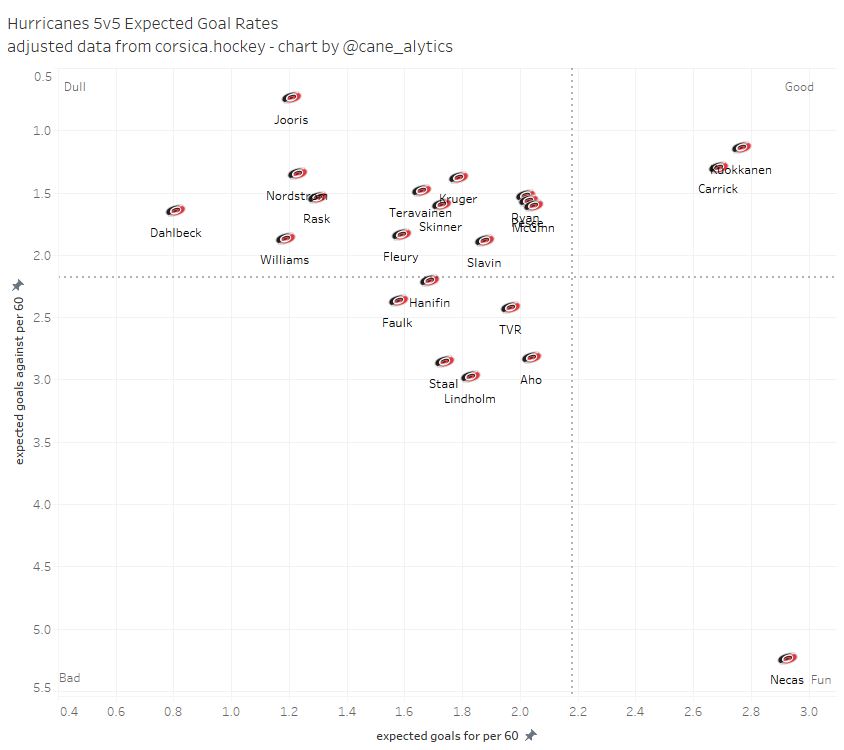 It’s no surprise that as a group the Hurricanes need to generate more quality offensive chances.

In honor of AOL Instant Messenger’s impending doom I thought it would be fun to re-live the often overwrought and forever young AIM Away Messages as a way to cap off this blog, but with actual current music lyrics. Here’s what the Hurricanes (probably a 1999 version of Victor Rask) would have put up as their away message following the lackluster Winnipeg game. Catch ya next time on Find The Jam (big boy). 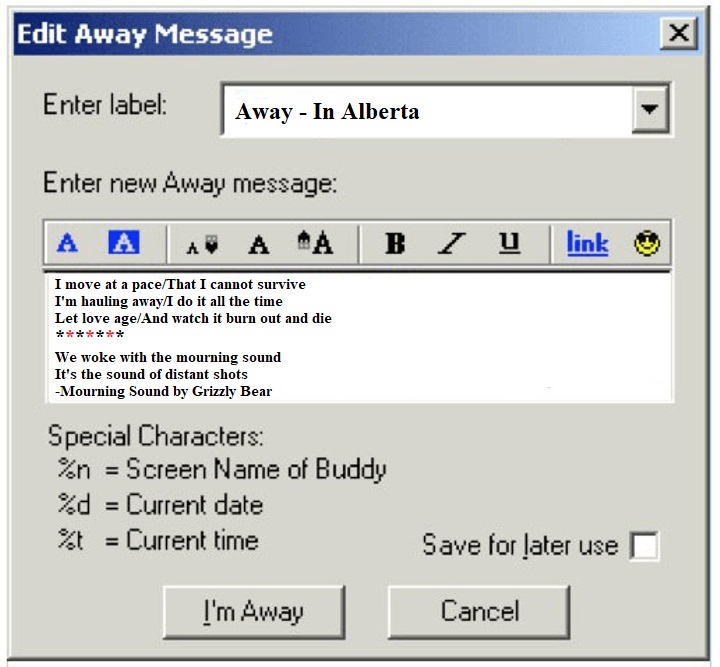