Expansion? In MY NHL? It’s More Likely Than You’d Think

The rumor of expansion/relocation in the NHL has been around for as long as the Coyotes have struggled to draw fans. But yesterday, in the waning days of August, these persistent rumors picked up steam and everything else in their path, Katamari style.  Supposedly, it’s a “done deal” that there will be a team in Las Vegas and one in Seattle won’t be far behind. By 2017, we could be looking at a 32 team league, with Quebec and a second Toronto-area team joining the mix. Whew! The first word on this most recent round of expansion talk came from Tony Gallagher of The Province, and now the talk has made it to Deadspin, Puck Daddy, and more.  Whenever the talk of Vegas as an NHL city comes up, my first thought is “why?”. Yes, the NHL would be the first major professional team to call Vegas home, and yes, it would probably rake in a lot of money…in the short term. But I don’t think there’s a way that a team based in Las Vegas would have any more staying power than other (damnit) non-traditional markets.

Common support for a Vegas franchise comes in the form of “it would be a spectacle”, “think of all the casinos that would comp tickets/buy luxury boxes”, and “it’s another TV market to tap”. Those are all well and good, but no.  Ok, yes, it could be a spectacle, but the bloom would come off that rose in time.  Casinos have plenty of high rollers and tourists to attract, and comped tickets could have some appeal. However, wouldn’t the NHL playing a home game down the street be more competition than enhancement? Beyond those challenges, good luck creating ANY sort of home-ice advantage.

Then there’s Seattle. I really like the idea of an NHL team in Seattle. One, it makes it so Vancouver isn’t the only show in the Pacific Northwest, so that’s immediately a good thing. Secondly, it seems to make a lot of sense: there’s potential owners lined up, an arena underway, and there seems to be good local support for a team.  Plus, since every arena still plays 90’s grunge music, Seattle should cash in on that ticket.

Above any other argument for or against expansion, the conferences need to be balanced out. 16 teams in one conference and 14 in the other is, to put it bluntly, bullshit. Every team should have the same mathematical chance to make the playoffs every year. Putting two new teams out west for a 32 team league would solve this problem. 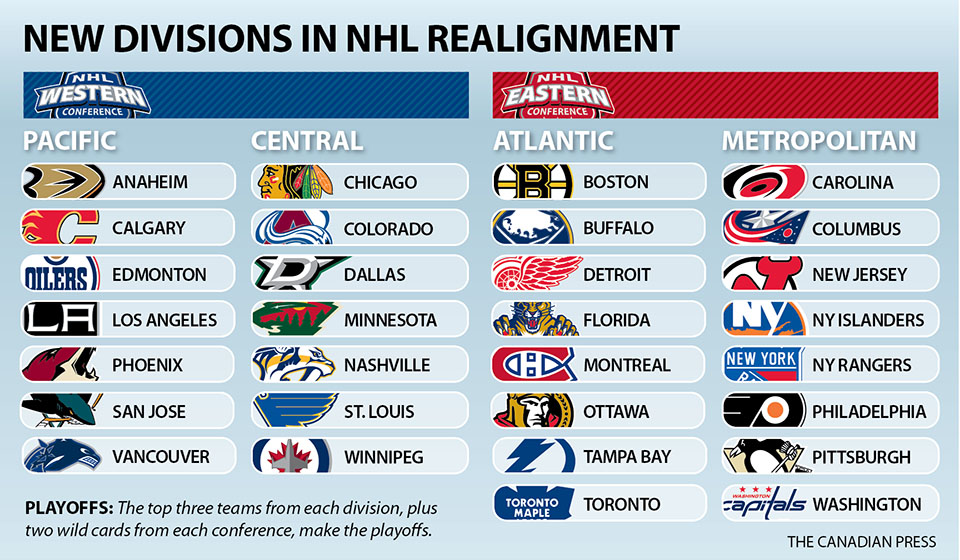 Because this is the NHL, and they can’t just take the simple solution and call it a day, there’s talk of expanding to Toronto and Quebec as well. Yep… 34 teams… that’s what we need! So then there’d be two 17 team conferences? Way to fix a problem then throw a hammer through it.

Adding 4 teams to the league wouldn’t do competition and quality of play any favors. There’s already an issue of the same teams missing the playoffs for years at a time, and the issue of horrible players littering 3rd and 4th lines across the NHL. Imagine that there were another 92 NHL roster spots available. Guys like Colton Orr and Shawn Thornton would be getting contracts, and no one wan… oh, nevermind.

As a Canes fan who’s had to hear minor rumblings of relocation over the years (I never have taken them seriously, but people LOVE to lump Carolina in with other struggling franchises. Also, I realize that we only have a team because of relocation, so my cognitive dissonance is strong), I don’t want to toss this idea out lightly. I’ve met good people who care about these teams, cover these teams, and who would likely have to relocate their families with these teams. That’s not an easy choice to make for anyone involved.

Not to bag on Florida TOOOOO much, but the market certainly doesn’t seem like one that can support an NHL team. Between ploys to put butts in seats like trading losing lottery tickets for hockey tickets and some of the most blatant pandering to opposing fanbases I’ve ever seen, nothing seems to have worked. Last season, THIS was billed as a crowd of over 10,000 and a preseason game made Marlies games look a mosh pit by comparison.

Compare those pictures from south Florida to the ones of Quebec fans who not only rally in their own city to hopefully get an NHL team again, but travel en masse to current NHL games to show support. Not saying fan support is the only yardstick for having a franchise, but there’s a massive disparity between Miami and Quebec.

None of these moves/additions are in the NHL’s plans, according to Bill Daly. Granted he has to say that, but we’re at least a year away from any of these becoming reality. We might hear more before then, but for the near future, a lack of balance in the league exists, and that sucks. So, screw it, put a team in Seattle, and put one in Vegas and let me be wrong about their success. If two of the best teams in the league can be Anaheim and Los Angeles, anything is possible.

Could the NHL work in Vegas? If the league is going to expand/relocate, where should they end up and who should ship out?